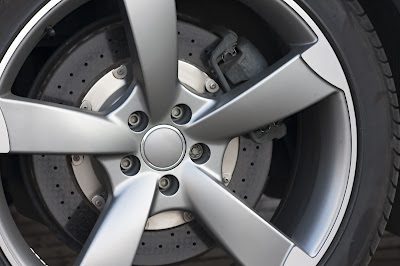 Brakes are one of the most important components of a vehicle. If they are faulty, it becomes almost impossible to control the car. In fact, their failure is one of the leading causes of road accidents. Here is a breakdown of the eight most common systems used by car manufacturing companies.

Disc brakes have a friction mechanism designed to reduce the speed at which the wheels rotate. They push the brake pads against the brake rotors using a set of calipers.

A single circuit hydraulic system includes a master cylinder that holds hydraulic fluid. The cylinder is linked to a series of rubber fittings and metal pipes that are fixed on the wheel cylinders. To bring the car to a halt, pressure is generated in the cylinder to push the pistons apart and force the brake pads into the wheel cylinder.

The drum mechanism relies on friction force. This system has a set of pads that press against the drum when the driver steps on the brake pedal.

The anti-lock system is comprised of a hydraulic actuator, electrical control unit, and wheel speed sensors. Each wheel is controlled separately to maintain traction. The primary function of the sensors is to detect and prevent potential lockups.

A power booster mechanism uses the vacuum power produced by the car's engine to amplify the driver's foot pressure when stopping the vehicle.

Air systems activate the standard disc using natural air instead of hydraulic fluid. It is widely employed in trailers, trucks, and buses.

The advanced emergency system is an autonomous safety mechanism that uses sensors to monitor a vehicle's proximity to others in the vicinity. If the sensor detects cars ahead, it automatically stops the car to avoid a collision.

The dual circuit hydraulic system is made up of two command circuits. The first one is activated whenever the driver steps on the pedal. The second one is connected to the vehicle's computer; it calculates the amount of force applied and relays that information to the hydraulic pump.

Here are two tips for maintaining the efficiency and durability of the braking system.

2. Master the Art of Coasting

Coasting is a way of reducing speed without causing wear. If a driver wants to stop at the end of a freeway off-ramp, coasting from 70mph to 50mph before stepping on the pedal will reduce wear and enhance the system's efficiency.

Finally, a professional auto facility can run diagnostic tests on the brakes to identify flaws and address them before disaster strikes. During this inspection, request that the mechanic checks the thickness of the disc pads to know if they should be replaced with new ones.